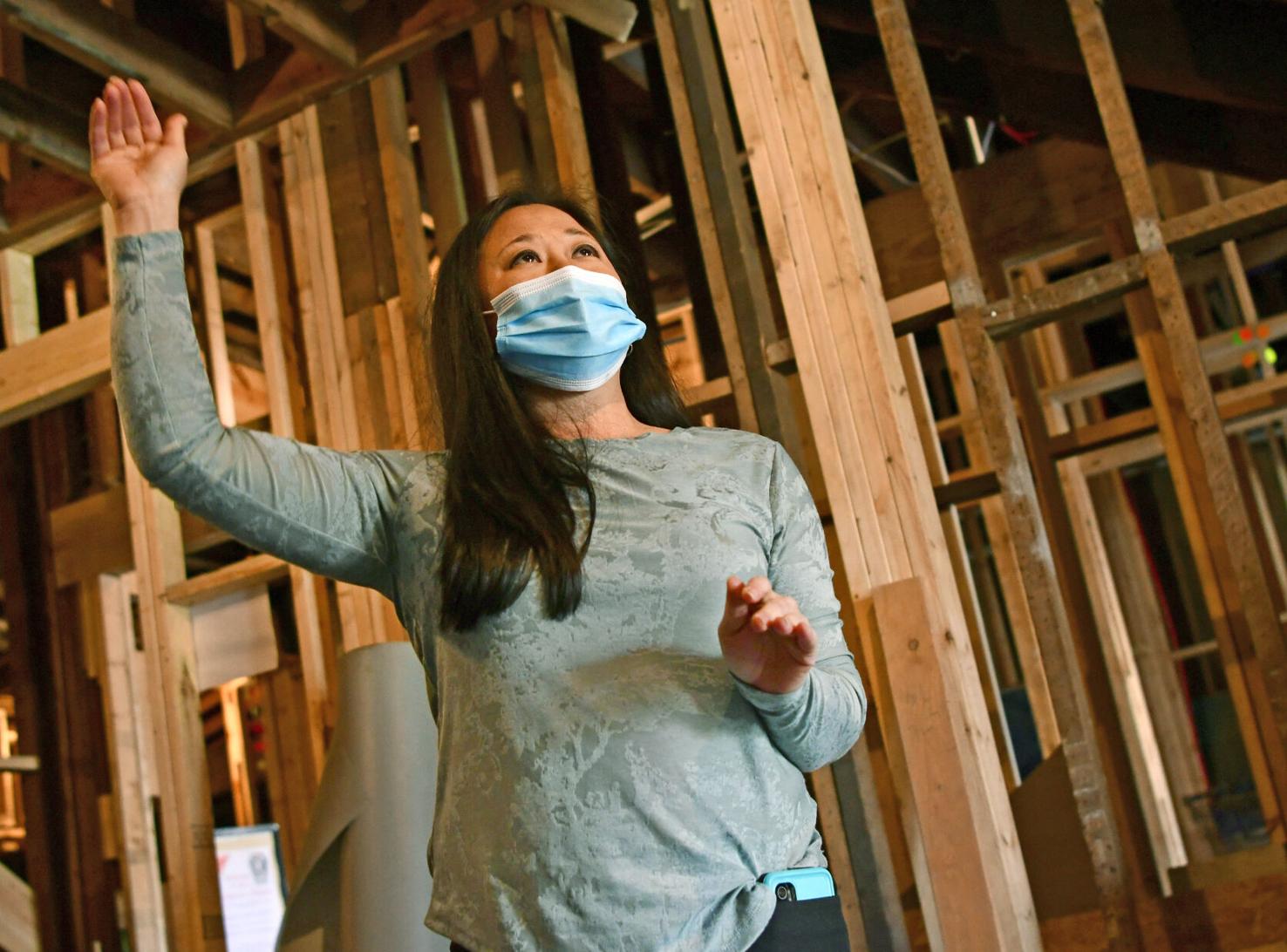 PRINCETON — Outside the early spring air was warm, but inside the building’s cool interior was a theater showing all the signs of coming back to life.

The Renaissance Theater along Mercer Street was opened Tuesday so the public could see how the area’s new venue for movies, theater and the arts was taking shape. Carin Prescott, development director for Community Connections, Inc., looked up at the stage.

“I think when it’s finished, it’s going to be absolutely beautiful,” she said, adding that a lot of local design and artistic talent are going into the renovations. The goal is to open the theater by the end of 2021.

One goal is to have an affordable venue where families can see movies and have an old-fashioned moviegoing experience complete with hot-buttered popcorn from the concession stand,  Prescott said.

“A lot of nostalgia will go into creating this space,” she stated. “We want them to have an experience that will be memorable.”

Another part of the renovation plans include a satellite station for Little Buddy Radio and a museum dedicated to the late Bob Denver who played the title character in the classic television show “Gilligan’s Island.”

“‘Gilligan’s Island’ has international appeal,” said Lori McKinney of the Princeton Renaissance. “I can imagine what an attraction that will be.”

Dreama Denver, who was married to Bob Denver for 30 years, said he spent the last 15 years of his life in Princeton wanting to give back to the community he loved. She said that she was thrilled with the idea of opening a museum honoring her husband, so she was looking through her “Gilligan’s Island” memorabilia for the items going on display.

Little Buddy Radio started in 2004, so it is exciting to think of a satellite station going into the Renaissance Theater, she said. During a tour of the theater, Prescott pointed out the future broadcast booth’s second-floor location and said that it will have a plexiglass window that will let visitors see broadcasts in progress.

Near this broadcast booth will be the black box theater, a small stage with a seating area. Trevor Darago, a Concord University student who once attended the nearby Stages Music School, said that he decided to get involved when the theater renovation resumed. The new Renaissance Players theater group will be based at the new facility, he added.

Besides being a venue for movies and plays, the Renaissance Theater will also have a smaller performance stage, known as a black box theater, for smaller productions such as local one-act plays and plays for children, Darago said.

Next to the black box theater will be a studio where local artists can work and share what they are doing with the public, Prescott said. The plan is to have activities at the theater all the time.

“We want to have a space that’s going, going, going and utilized as much as possible,” she stated.

Efforts to renovate the old theater started about eight years ago, and Mercer Street has seen a lot of positive changes since that time, Greg Puckett, executive director of Community Connections, said. He thanked Lori McKinney and other volunteers for their work as well as Prescott’s work to move the theater project forward. When Mercer Street’s environment started becoming more welcoming, businesses started to arrive and people became more engaged in the community.

Rita Montrosse with the Renaissance Theater’s board of directors said it was exciting to see the renovations get underway again. Having both a radio station’s at the theater and a live theater group will help keep activity on Mercer Street.

“It will also be nice to have a live presence always with the radio station,” she said. “That’s one of the nice things that will keep a physical presence here at all times.”

A lot of work remains to be done before the theater can open, Prescott said. Roof leaks must be addressed along with installing air condition/heating. All of this comes with a “hefty” price tag.

People interested in donating to the Renaissance Theater project can visit its new website at prtheater.org, she said.