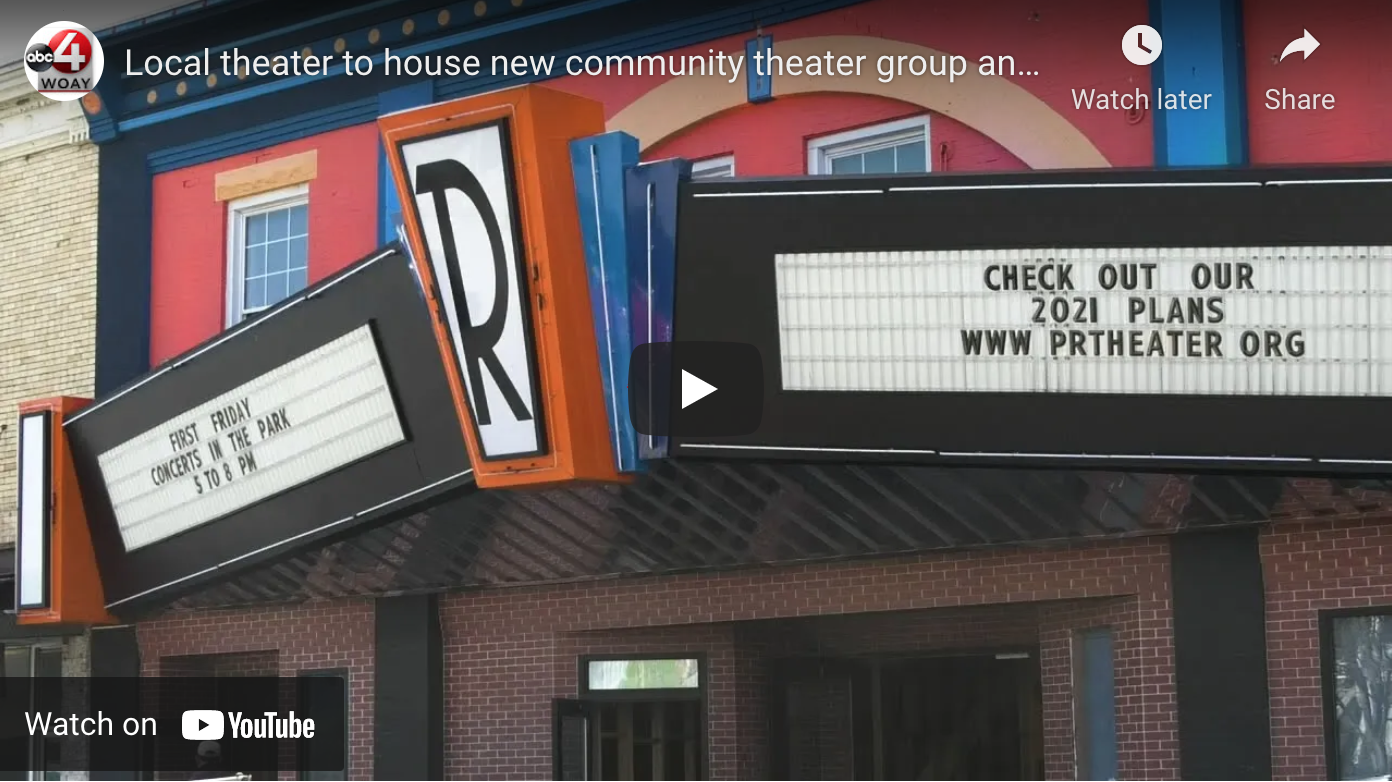 aired on WOAY evening news and published on website

PRINCETON — After months of hard work, the Princeton Renaissance Theater is seeing some great progress on its restoration.

Some artists around town have already begun to look into the theater as a base of operations. A new community theater group is in the works, called the Renaissance Players.

“There are so many talented individuals in this town,” Community Connections Development Director Carin Prescott said. “Our plan is for there to be a community interest meeting in June for any members of the public that have an interest in being an actor for the community theater group.”

The new group will hold auditions sometime after the community meeting, and they’ll then begin having small-scale productions around town.

“They’re going to go ahead and get started before the renovations are complete and perform at other venues around town, just so people can get used to what they’re about. And then once the theater is complete, this will be their home.”

Once the theater is complete, they’ll primarily act in the Black Box Theater, which is on the second floor of the Renaissance Theater. It’s a smaller stage that can seat an audience of 30-40 people.

Also soon to be in the Renaissance Theater will be a museum to the late Bob Denver.

According to Dreama Denver, Bob’s wife and Denver Foundation President, after passing in 2005 and treating Princeton as his adopted home, many in the area have been interested in a museum for the TV icon.

“Folks have approached me for the past 10 or 12 years since Bob passed away about having a Bob Denver museum” Denver said. “Because Bob is known all over the world, and he lived right here the last 15 years of his life.”

When complete, the museum will be on the first floor of the theater, with direct access from Mercer Street. It will also serve as a satellite location for Little Buddy Radio.